DAY 1 of The International 2018 Main Event started with a great pace shown by Team Liquid gaining a win of 2-0 against Optic Gaming. Second match in the Upper Brackets between Virtus.pro and PSG.LGD ended with VP getting knocked down to the lower bracket with great efforts and nice draft and execution shown by PSG.LGD.

Both Optic Gaming and Virtus.pro will be having their matches today in Lower Brackets against Team Serenity and Mineski respectively.

Lower Brackets saw 4 teams getting eliminated from TI8 in Round 1 (Bo1): 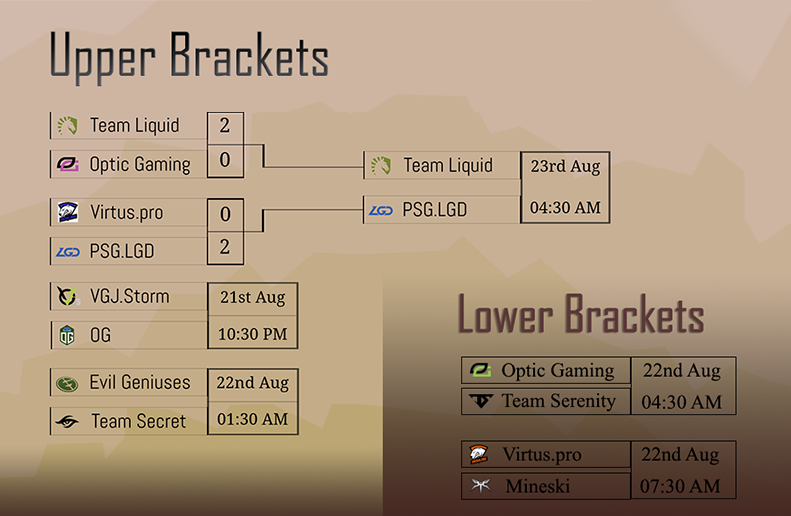 Connect to your opponent

This is how you can challenge other players